Psychedelics: A Neuroscientist’s guide to how they change your brain 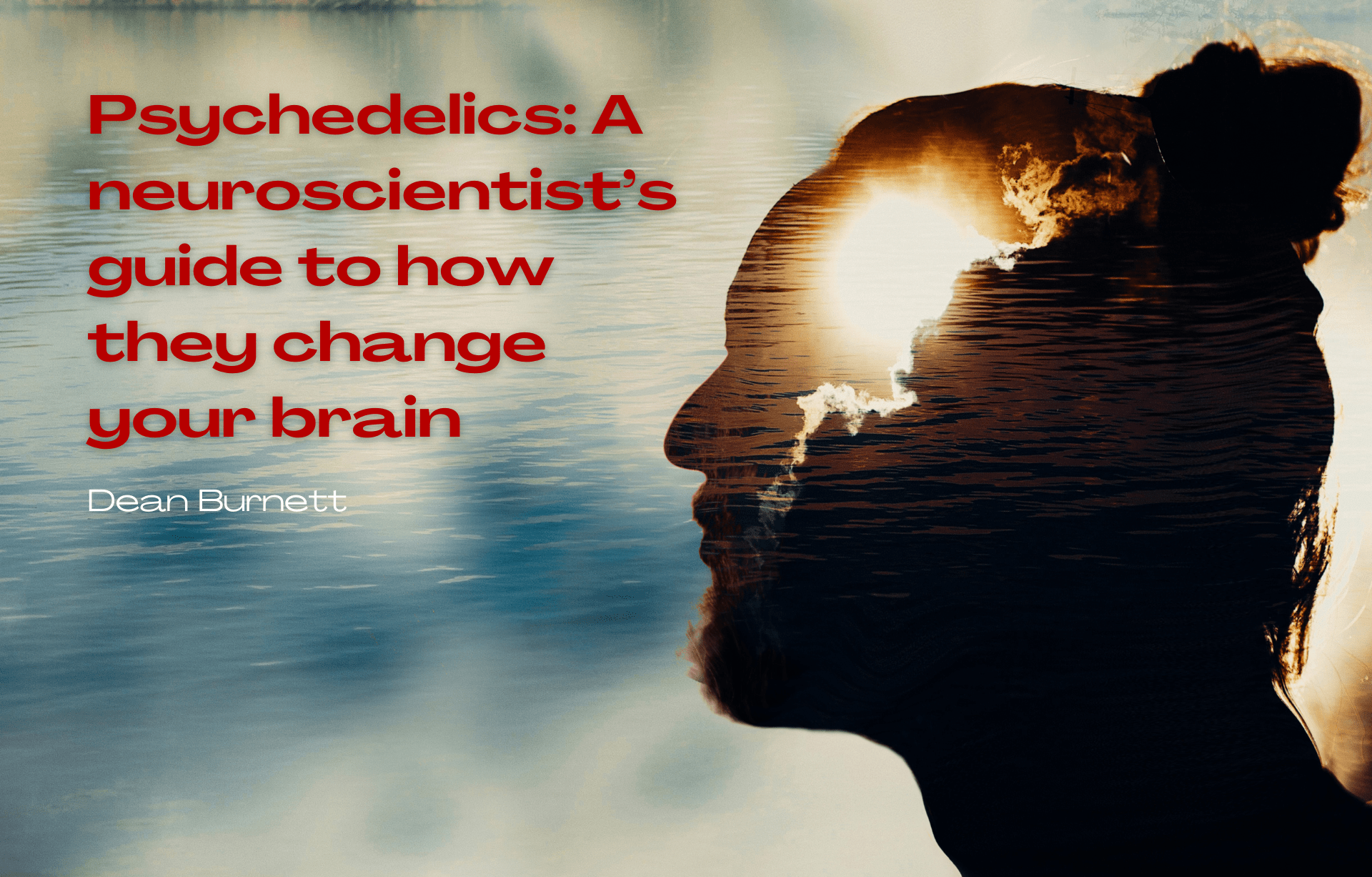 In recent years, psychedelic drugs have received increasing attention for their potential therapeutic applications. But what exactly are they? What do they do? Are they beneficial? All your questions, answered.

Psychedelics are psychoactive substances which alter the brain’s functioning and are part of the ‘hallucinogens’ family. When ingested, psychedelics bring about an altered state of consciousness, involving temporary mental, visual and auditory changes, also known as a ‘trip’, or ‘tripping’.
Humans have known about psychedelics for much of history. Many are naturally occurring, like psilocybin (the active compound found in magic mushrooms), or mescaline (found in the peyote cactus), and have been incorporated into tribal and spiritual rituals in many cultures.

However, largely due to a decades-long embargo on studying them, exactly how psychedelics work, and what they can do for us, remains mostly uncertain. However, recent advances in research have started to improve our understanding.

How do they work?

Most psychedelics increase activity in certain neurons that respond to the neurotransmitter serotonin, and most typical examples work via a serotonin 2A receptor agonism. Serotonin has many varied functions in the human brain that are still being investigated. However, there is growing evidence that suggests psychedelics act on the brain’s default network. the network of regions which are active when your brain isn’t doing anything in particular. Although this may seem to imply that it’s an unimportant neurological system, in anything it’s the opposite.

The default network seemingly provides a framework for our brain’s activity, imposing order and structure on what’s going on in our cortex. It keeps external neurological information, provided via our senses, distinct from internally generated activity, like thoughts, emotions and memory. It may only show up when our brain is ‘doing nothing’ because there’s no other activity to obscure it’s vital work to scanners, sort of like how an x-ray reveals our vital skeleton.

Psychedelics seem to suppress the default network. One likely outcome is the relaxing of the separation of our senses, memories, thoughts and emotions, so they can influence each other more readily.

Aside; psychedelics work via serotonin neurons, but 90% of the body’s serotonin is used by the digestive system. Maybe that’s why the aforementioned ancient tribal rituals involving psychedelics often involve vomiting.

How can psychedelics be used for mental health treatment?

When it comes to mental health problems, psychedelics potentially have therapeutic value, both in terms of range and efficacy. Studies thus far have been limited and small, but several have shown psychedelics are potentially an effective ingredient in the treatment of mood disorders like anxiety, depression, alcoholism, OCD, and even criminal behaviour.

Why are psychedelics being used to treat such a range of problems?

How, and why, would one particular drug be so good (at least in theory) at treating such a range of problems? Given how complex and uncertain the workings of psychedelics still are, there are many possible explanations. However, one likely answer is, as just described, the potent impact psychedelics have on the brain’s default network.

Whether it’s the stressed-out neurons that regulate mood becoming inflexible (depression), the reward pathways gradually distorting our thinking processes (addiction), or the inability to move on from intrusive or violent thoughts (OCD), one common aspect of mental health disorders is that they invariably involve a brain that has adapted to what it has experienced, but in unhelpful and disruptive ways.

Many mental health interventions, however they work, are ultimately striving to coax the brain to adopt a new, less-disruptive form. And this may be where psychedelics have the advantage. By having such a powerful suppressive impact on the default network – thus reducing neurological boundaries, and allowing many novel stimulating links between the various brain regions – psychedelics may strike at the root of many mental health disorders, reconfiguring or overwhelming the unhelpful arrangement of neural connections that produce them, like waves demolishing sandcastles on a beach. However they don’t work on their own as a treatment: all studies so far have paired psychedelic drugs with weeks, if not, months of therapy.

Are there side effects to using psychedelics?

Chemically altering your brain’s workings is never something to be taken lightly. Still, psychedelics have low addictive properties, meaning you’re unlikely to end up ‘hooked’ on them. Those with pre-existing vulnerabilities to psychosis can react badly to psychedelics, but even for ‘typical’ people, their mindset upon taking a psychedelic has significant effects on experience. This means it’s possible to have a ‘bad trip’, resulting in low mood, anxiety and panic attacks.

The potency of some psychedelics, particularly LSD, can mean side effects are more enduring, with reports of upsetting flashbacks occurring long after the original trip. Someone under the influence of a psychedelic also has a distorted perception of reality, meaning they can end up doing serious harm to themselves without even realising it. Psychedelic research in labs is carried out in highly controlled, safe environments, with experts on hand to minimise any potential risk.

Why are psychedelics controversial?

Despite being culturally fashionable from the 1950s to 1970s, psychedelics became controversial, largely due to dodgy research and unfortunate timing. Prominent researchers who were enthusiastic proponents of psychedelics ended up losing their jobs.

Also, a good public image for psychedelics was hard to maintain when it was reported that the CIA had used them in experiments on mind control. Then there was the research that suggested psychedelics may induce chromosomal defects. While later found to be inaccurate, it occurred just after the thalidomide scandal, which guaranteed a hostile reaction to any drug which had the possibility of causing birth defects. Richard Nixon’s ‘war on drugs’ coming into play soon after was maybe the final nail in the coffin for the reputation and acceptance of psychedelics.

Without those lost decades, who knows where we’d be now?