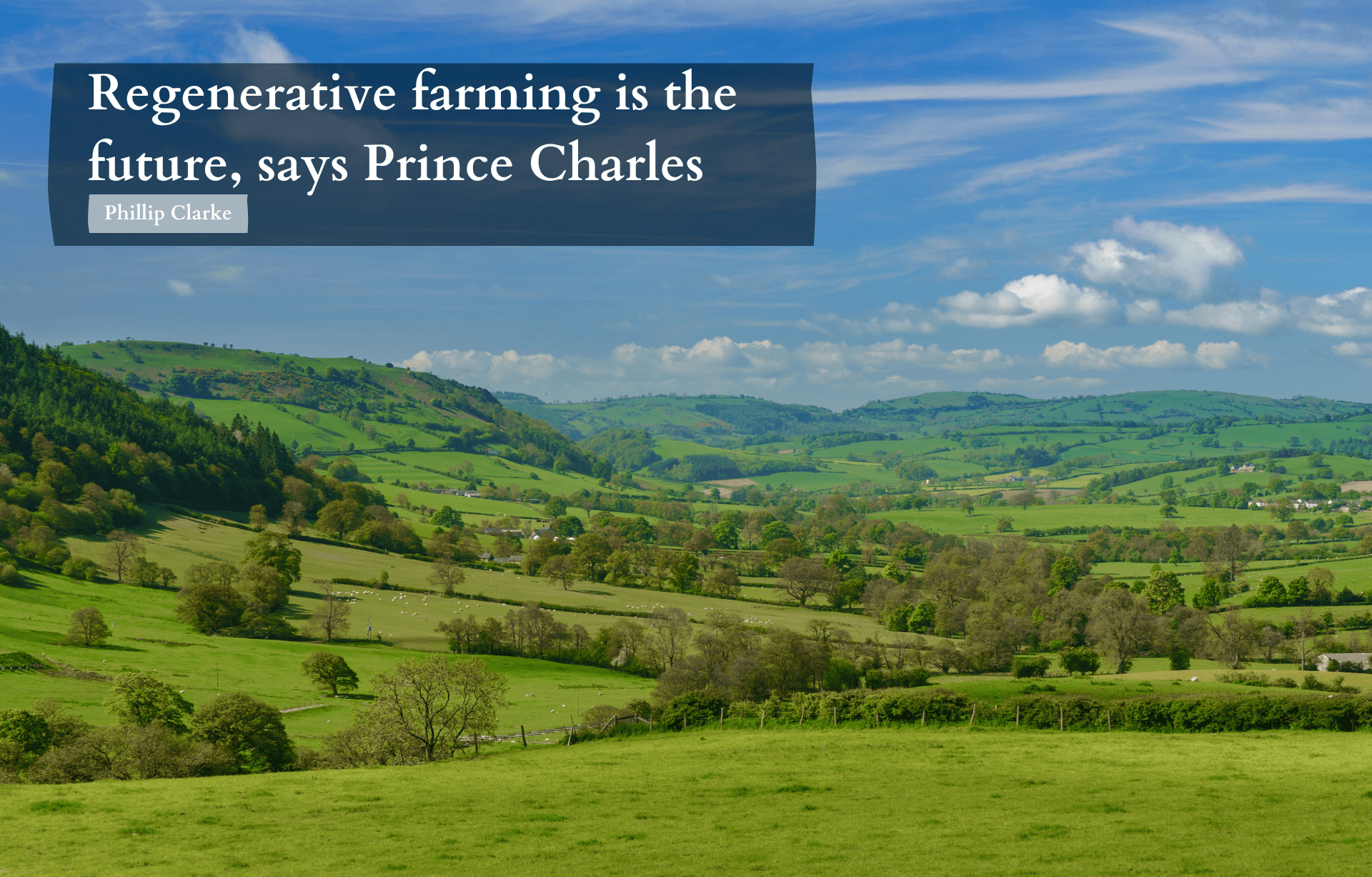 Moves toward a more regenerative style of farming in the UK have received a warm endorsement from the Prince of Wales, who said failure to address some of the issues associated with industrialised agriculture was “too grim to contemplate”.

Addressing the 22nd World Congress of Soil Science in Glasgow on Thursday (4 August), Prince Charles described soil as an asset that was all too easily “overlooked, degraded and polluted”.

“Yet healthy living soil can securely feed growing populations with a nutritious and varied diet, mitigate the effects of climate change, and provide water and flood management,” he said.

“Indeed, soil is absolutely critical for delivering the ecosystem services on which we all rely. So, it is high time that such an extraordinary, miraculous living organic system, so disastrously degraded by industrialised agriculture, receives the proper attention it deserves.”

Prince Charles said farmers everywhere faced huge challenges with rising input costs, especially nitrogen fertiliser, so it was important they understood the condition of their own soils and improved their structure and carbon content.

“We have to be proactive in encouraging regenerative agriculture, with a diversity of plants and of grazing livestock, replacing lost organic matter through the use of legumes, cover crops, residues and mulches,” he said. “The alternative is too grim to contemplate.”

Making best use of soils depended on having a sound understanding of both traditional natural sciences and more novel approaches and information technology.

But Prince Charles also praised the role of field-led innovation, “sometimes to reverse the nefarious practices of intensive and chemically cultivated mono-cultures which have dogged world farming and damaged our soils for generations”.

In particular, he pointed to the Innovative Farmers Initiative co-ordinated by the Soil Association, which had encouraged peer-to-peer knowledge and promoted the value of on farm trials.

“One of their most inspiring projects to date is living mulches, which investigates the opportunity for arable farmers to provide a food crop while using a cover mulch,” said Prince Charles.

“Farmers can simultaneously fix nitrogen and build soil fertility without tillage or synthetic inputs, sequester more carbon and cut production costs, while encouraging beneficial insects with a pollen and nectar mix. How can this goal not fail to excite anyone who cares about the future of our planet?”

With just 15% of global cropland being farmed regeneratively, financial incentives and system frameworks need to be properly aligned and the rate of change increased.

With diligent management and real care and attention, it should be possible to recoup some of the 40-60% or organic matter that croplands have already lost, he said.

What was going on in Glasgow?

The 22nd World Congress of Soil Science was held from 31 July to 5 August 2022 in Glasgow, attended online or in person by more than 1,600 delegates – including soil scientists, policymakers and lobby groups. As well as more than 400 oral presentations and 956 “poster presentations”, delegates were able to take part in so-called “soil tours”. The programme also included a special “policy day”.