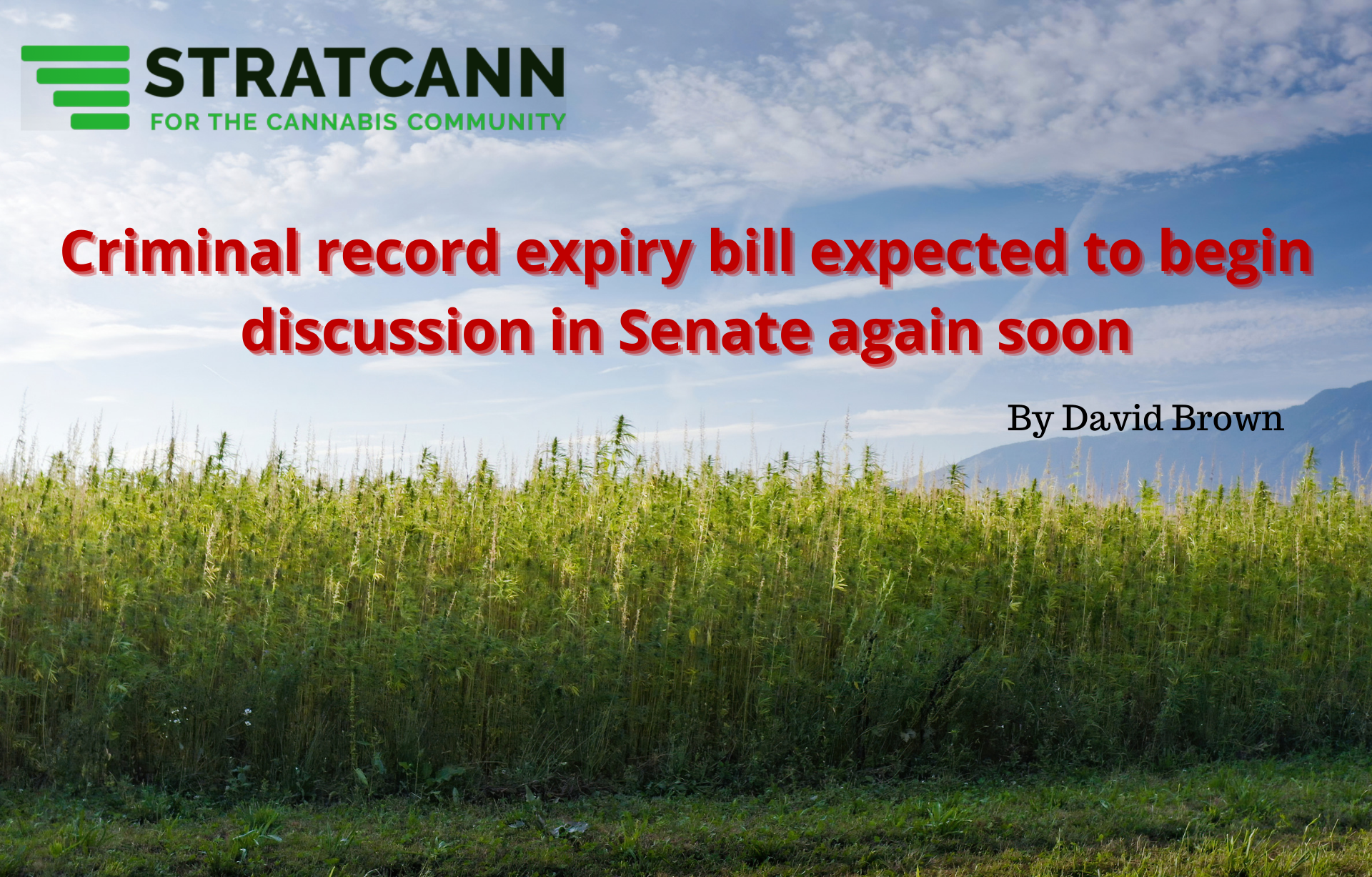 The Senator who tabled legislation that would set up a system of record expiry for criminal convictions says she is hopeful it may begin to make its way through the Senate soon.

Senator Kim Pate, an Independent Senator from Ontario initially introduced the legislation, Bill S-214, in February 2020. When parliament was prorogued in August 2020, it had to be re-introduced, this time as Bill S-208, in September 2020.

Formally titled An Act to amend the Criminal Records Act, to make consequential amendments to other Acts and to repeal a regulation, the bill would improve upon Canada’s current system of record suspensions or pardons by implementing an automatic record expiry for most charges that are more than a few years old.

This improves upon the changes made by Bill C-93—passed in 2019, that created a system for expedited cannabis record suspensions—as well as 2018’s Expungement of Historically Unjust Convictions Act that allowed for record expungement for LGBT criminal records.

Both approaches have not seen widespread use by the general public, with only a relative handful of citizens applying under either approach.

This means that the onus to apply for a record suspension is no longer on the person who has already served their time and moved on with their lives, says the Senator, while also removing some of the burden on the criminal justice system that is currently having to manage several forms of record suspension requests and record expungements.

“Our entire system is supposed to be based on the fact that once somebody has completed their sentence and lives in the community and is working to try and contribute to the community, that they should have an opportunity to move on,” the Senator told StratCann in an interview last year.“ So we recommend that we provide individuals with that opportunity.”

The bill has not been discussed since last November, but Senator Pate says she’s hopeful it could make it out of second reading and into committee in the coming weeks.

“I certainly would like it to go forward,” Senator Pate tells StratCann. “We’re told that committees will be resuming and legal committee (Senate Standing Committee on Legal and Constitutional Affairs) has been dealing with government bills, so my hope is we’ll actually see it in the next few weeks, if possible.”

With the ongoing rumour of an election being called sometime this year, possibly in the fall, she hopes to see the bill move quickly through the Senate and then the House before that possibility.

The bill, and others like it, have primarily been held up by issues related to COVID, with the Senate not meeting for a while last year, and then moving to hybrid meetings. The priority has been on internal government business, not private bills like S-208.

Senator Pate says the bill also has support from a few Liberal MPs in the House like Judy Sgro (Humber River—Black Creek) and Nate Erskine-Smith (Beaches—East York), which she hopes bodes well for its chances at moving through that chamber quickly.

Sgro says she’s supportive of the bill because she has heard from some in her riding who face challenges in moving on with their life because of old criminal records.

“The reason I’m so supportive of this whole issue of reducing the pardon issue is that I represent a very high needs area in some parts of my riding,” Sgro tells StratCann.

“If you look at the hardships that come as a result of some of these sentences,” she continues. And I’m not talking about violent offences, I’m talking about a lot of the small stuff.”

The MP says as the government looks at the economic issues relating to covid, they need to look beyond creating jobs, but ensuring people have a chance to apply for those jobs, without a criminal record getting in the way.

“If we want to provide opportunities, it’s not just to provide jobs, we’ve got to look at what else is preventing people, especially in communities like mine, from getting those jobs.” Although she hears the government supports her bill, Senator Pate says she is unsure why the Liberal government has not introduced similar legislation in the House yet. She says she’s open to them taking over the legislation or introducing their own version and would gladly step aside and let them run with it.

“I think the obvious question for the government is why aren’t they adopting something like this?”, asks Pate. “They could take this bill, make it their own, or they could do something similar… but I’m not sure why nothing has happened yet.”

A request for comment on the government’s position on S-208 was made to Bill Blair, the Minister of Public Safety and Emergency Preparedness. A reply was not received as of publication time.

Sgro remains optimistic that if S-208 makes it to the House, it will get support, though.

“I’ve spoken to Minister (David) Lemtti (Minister of Justice and Attorney General of Canada) specifically about this issue and he’s very supportive of seeing this going forward in the appropriate way that would stop penalizing people who found themselves in the wrong place at the wrong time.”

“One of the most significant barriers to accessibility in the current system is cost,’ Senator Pate said in the Senate when she first introduced the legislation last year. “The cost of a record suspension has soared from the cost of a postage stamp to submit the application (in 1950) to $50 in 1995, then to $150 in 2010, and then to $631 in 2012. This does not include the additional costs such as fingerprinting and obtaining original copies of records that can add hundreds of dollars. An automatic cost-of-living increase will add another $13 this April, and in the not too distant future fees may exceed $1,500.”

While Bill C-93 partially addressed some of these issues for those with cannabis possession charges by removing the $631 fee and a ten-year wait time, it still means many hurdles for those applying, namely the cost of fingerprinting and seeking out those records. This is because of Canada’s archaic, outdated

record-keeping method where there is no one, single, online database of all criminal charges, meaning many arrest records are kept in courthouses and with police record keepers in the jurisdictions where the charges were originally laid.

This outdated, paper-based system, as well as the nature of how cannabis possession charges are recorded only as generic drug charges, was also part of why C-93 didn’t offer automatic record expungements for cannabis charges. This new legislation would change that, as well.

When Bill C-93 was passed in 2019, then Public Safety Minister Ralph Goodale pointed out that the bill dealt with “only one small part of the pardon process that is in need of broader reform”.